The publisher asked 16 people to brainstorm strategies lonely women could use to get men to pay attention to them.

From ordering rare steaks and no gossiping to crying in a corner of the room and getting a hunting license, some of these tips sound like common sense, and some seem to be… questionable. 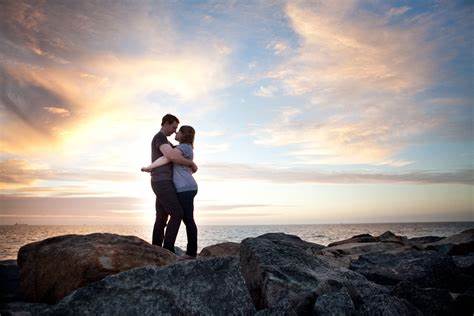 Get a dog and walk it.

Get lost at football games.

Sit on a park bench and feed the pigeons.

Go to all reunions of your high school or college class. There may be widowers there.

Accidentally have your purse fly open, scattering its contents all over the street.

Carry a camera and ask strange, handsome men if they would mind snapping your picture.

If you dye your hair, pick a shade and stick to it.

Wear high heels most of the time — they’re sexier.

Unless he happens to be shorter than you are.

If you look good in sweaters, wear one on every third date.

Laugh at his jokes.

Men like to think they're authorities on perfume. Ask his advice on what kind you should wear.

If he has bought you any trinket or accessory, wear it.

Show him you can have fun on a cheap date — but don't overdo it!

Tell his friends nice things about him.

Send his mother a birthday card.

Ask his mother for her recipes.

Clip and mail him a funny cartoon that means something to both of you.

you don't tell them to him more than once.

Go on a diet if you need to.

Get that fresh-scrubbed look by scrubbing.

Polish up on making introductions; learn to do them gracefully.

Stick to your moral standards.

Don't whine — girls who whine stay on the vine.

Learn where to draw the line but do it gracefully.

Stop being a mama’s girl — don’t let him think he’ll have in-law trouble, even if you know he will.

Stumble when you walk into a room that he's in.

Stand in a corner and cry softly. Chances are good that he will come over to find out what's wrong.

Start a whispering campaign on how sought-after you are.

Walk up to him and tell him you need some advice.

Have your car break down at strategic place.

Be nice to everybody — they may have an eligible brother or son.

Don't be afraid to associate with more attractive girls; they may have some leftovers.

If he's rich, tell him you like his money — the honesty will intrigue him!

Point out to him that the death rate of single men is twice that of married men.

Stand on a busy street corner with a lasso.

Become a nurse or an air-line stewardess-they have very high marriage rates.

Don't talk about how many children you want.

Find out about the girls he hasn’t married. Don’t repeat the mistakes they made.

Never let him believe your career is more important to you than marriage.

If you see a man with a flat, offer to fix it.

Let it be known in your office that you have a button box and will sew on bachelors’ loose buttons.

Buy a convertible. Men like to ride in them.

“I think the article is reflective of the social mores of the era, and I found the comparison between what was acceptable then and what is acceptable now fascinating. It also made me grateful that so much progress has been made. ”

“I think if someone is actively looking for a life-long partner just for the sake of being married, they will end up in a failed relationship whether they legally sever it or not.”