Smoke and ash from Evia, a rugged island of forests and coves close to the Greek mainland, blocked out the sun and turned the sky orange. The fire, which began August 3, is the most severe of hundreds in the past week across Greece, gobbling up pristine pine forests as well as homes and businesses and forcing hundreds to quickly evacuate by sea to save their lives. 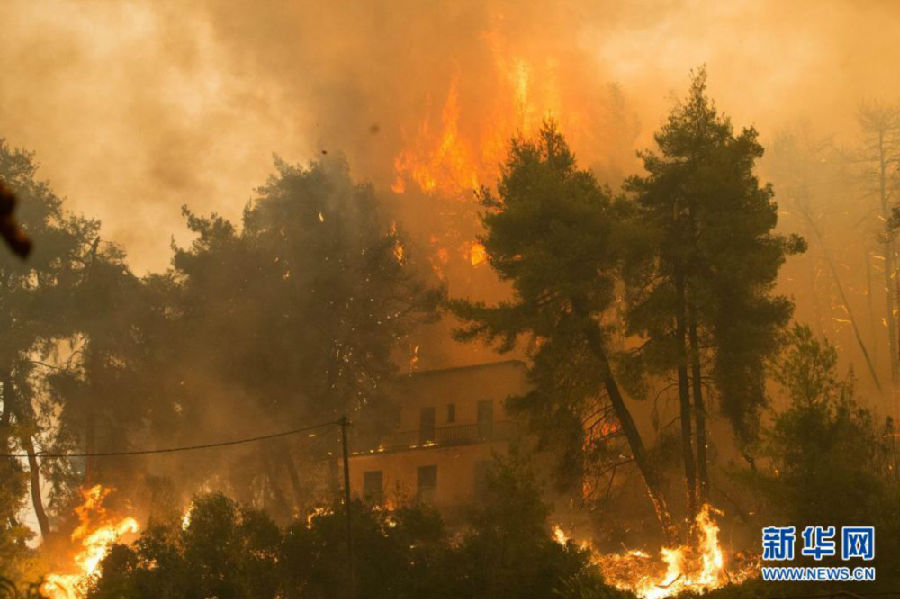 Greece has been baked by its worst heat wave in three decades, which sent temperatures up to 45 degrees Celsius and turned its prized pine forests into bone-dry tinderboxes.

"We are dealing with unprecedented conditions as many days of heatwave have turned the whole country into a powder keg."

Greek authorities ordered villages near the site of the ancient Olympic Games in the western Peloponnese to be evacuated as wildfires raged across the country, destroying swathes of forest and buildings.

Thousands of people have fled their homes on the Greek island of Evia as wildfires burned uncontrolled for a sixth day.

"(It's) like a horror movie," said a 38-year-old pregnant evacuee who gave her name as Mina, after she boarded a rescue ferry.

"But now this is not the movie, this is real life, this is the horror that we have lived with for the last week," she said.

The EU said it was mobilizing "one of Europe's biggest-ever common firefighting operations" to help Greece and other affected countries.

"It burned everything, there's nothing left," said 77-year-old Makis Ladogiannakis. "The fire was the biggest catastrophe for the village," he said. "People lived off resin production and the olive trees."

Nations have delayed curbing their fossil-fuel emissions for so long that they can no longer stop global warming from intensifying over the next 30 years, leading to more frequent life-threatening heat waves and severe drought.