Hi, everyone. And welcome back to America Under the Microscope. 歡迎你又回到《閑話美國》。

Hi. Lulu. Hi, everyone. So, notice something about China over the past few years: the number of gyms in cities has been exponentially growing. 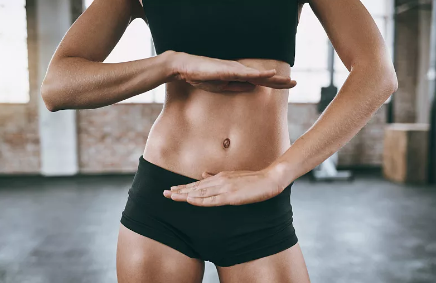 Yeah. Are you a gym goer?

I used to be, but not so much now as I got other things to do.

So I figured today, since we notice all the gyms in China, let's talk about gym culture in America.

If you don't mind me saying, based on a lot of the materials or stats that I have been reading, you guys do have a quite high rate of being overweight, 2/3 is the number that I've heard.

That's about accurate. That’s pretty true, but the thing about that number is, rough number is about 2/3. It is not across the spectrum because it’s depending where you are going to America, like you go to places like Southern California, everyone's to seem very healthy and fit, or even in the northwest everyone's going to seem very healthy and fit.

Texas and the southern, they have higher rates. There are quite a lot of Americans that are into fitness and going to the gym.

You know. So you know it depends on the crowd you're talking about. I see. 所以大概有2/3的美國人口是超重，但實際上大家也在很多美國文化里面也看到，美國還是很有 gym culture的。Let's talk about that. First of all, let's make a definition here. When you say gym, what do you mean?

When we say gym, we mean a place that we go to do exercise such as lifting weights, using exercise machines or even having fitness classes, like yoga or something.

I think it's fairly similar in China when we say健身房, lifting weights, machines and fitness classes.

Because gymnasium is 體育館and I think in Chinese they just basically translate it differently. They're just very similar, but with one word.

So we are just using different words for them. Do they usually have a swimming pool?

That depends. It's just some do some don't. Like the gym in my university, it did have a swimming pool, but it was in a separate building.

So they're just not together.

They weren't together. A lot of gyms I know don't have swimming pools because it costs money to maintain its swimming pool.

That is true and also it just takes a lot of space.

So let's talk about the basics: what to do at the gym?

We just say lifting or lift. When we talk about lifting, what you usually hear people talking about what they call gains.

They're talking about their gains in terms of muscle and strength.

When people are going to the gyms, they are usually there for a certain purpose, so they use like over there for arm day or leg day, or chest day, core day. They’re targeting their specific muscle groups.

Yeah, I think in a fitness circle in China now people do that as well. 練腿日或者是核心日core days.

Then after that we also do cardio.

Cardio is for heart, heart function.

Your cardiovascular exercise if you want to use the full term, but we just say cardio. So this would be your running, cycling, swimming and things like that, and usually there're machines for that. And then lastly a lot of people do join classes, yoga being the most popular now. But also there are things like a cycling classes…

But you know that when it comes to gym culture, in a country, you get the crowd that goes to gym all the time.

Gym rat. This is what we call them gym rats.

I don't think we use that one as much now because when we think of gym junkie we think of addiction, like they have to be there ALL THE TIME.

No, a gym rat more refers to a person that goes to a gym regularly for exercise, so they’re like, be at the gym like every day at the same time for like an hour, doing their exercises. But then they would go off and do their normal job, work., life.

I see, those are annoying people with really high level of self-discipline.

Whereas, a gym junkie would be like at the gym ALL THE TIME.

I see, it's about addiction. But I thought since we're talking about gym culture, it will be fun that we review some of the common terms especially in spoken English, the slang terms especially.

To bulk up means get bigger.

To get bigger, to gain weight.

This is gaining muscle. It's not it's like ‘I can do that in a pizza place.’ It's like wrong kind of bulking.

But that's mostly for guys, no?

Mostly for guys. There are some girls that do it. So like, for example, at the time of this recording, the Olympics is going on in Tokyo, and you can see those women lifters. They would also be bulking up to build their muscles to do that sport. But in general a lot of women do not bulk up. They are more likely to do the next thing which is ‘trim down’.

Trim down is losing the fat, making your body leaner.

It's about becoming leaner. This is also being about trying to make lean muscle instead of like the big bulky muscles.

I see, so trim down. Another term I've heard is ‘get toned’.

Toning. This would be improving the definition of your muscles. Because if we take again the example of lifters, so those power lifters in the Olympics, they are really strong.

But you look at them as like they don't look like they're very muscular. Some of them like they got a good layer of fat on this. It's like you don't actually need to be toned to do power lifting, you need to be strong. Whereas if you're trying to tone, you're really trying to show those muscles like. This would be like movie stars.

So that means it's basically trying to improve definition of muscle instead of just simply losing fat. Because the truth is, if you start going to gym, you’re exercising and gaining muscle, you will gain weight.

So like the same exercise, you do it repeatedly.

Reps and sets is the term with that.

And when we wanna go to the gym, we're gonna use the verb hit, like ‘I wanna hit the gym.’

I’ve heard that a lot. Hit the gym is go to the gym to exercise.

And then after the gym we might say I'm gonna hit the showers.

So those are some of the most commonly used spoken language when it comes to going the gyms. We're gonna wrap up the basic episode here. In the next episode we're gonna talk about some of the hidden rules for the gym and also home gym, gym membership, and all of those. If you're a gym goer or if you're just like a very casual person like me and James leave your comment in the comment section, share with us your experience. We'll see you next time.